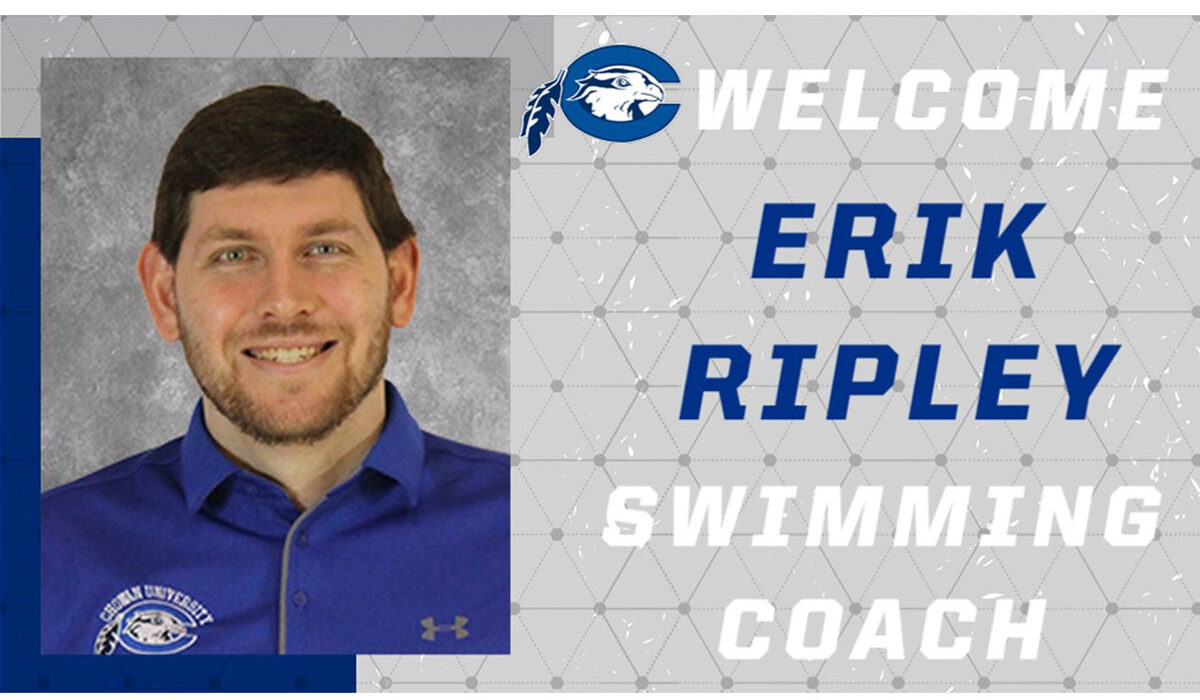 Ripley comes to Chowan after spending three seasons at Saint Leo as the Assistant Swim Coach.  While with the Lions, Ripley helped produce four All-Americans including Matthew Daniel and Vittocia Bonsanti Feniello.  Both Lions would be named Sunshine State Conference All-Conference selections.  With Ripley’s guidance, the Lions sent six swimmers to the NCAA Championships during his two seasons.

The Lions’ men’s program would rank 23rd overall in the final CSCAA poll in 2019-20, while the women ranked 34th.  Both programs were ranked in the top-50 during the 2020-21 season.  Academically, the Lions were named CSCAA Scholar All-American Teams during Ripley’s stint.  During the 2018-19 season, Ripley aided Henrik Dahrendorff to a National Championship in the 200 Breaststroke.

Prior to collegiate coaching, Ripley spent a year at his high school alma mater McClintock High School in Arizona while helping at the Rio Salado Swim Club.  Ripley would be named the 2016-17 Arizona High School Boys Coach of the Year.

The Tempe, Ariz. native was a four-year member of the Towson Swimming program.  Ripley was a member of the Student-Athlete Advisory Committee (SAAC) and was named the Towson Tiger Spirit Award winner.  Ripley volunteered at the 2014 NCAA Women’s Lacrosse National Championship, Maryland Special Olympics, and Swim Across America.

Erik comes from a talented sports pedigree as his sister (Rachel) swam at Missouri and his mother (Melissa) was a three-time Olympic gold medalist and competed at Arizona State.