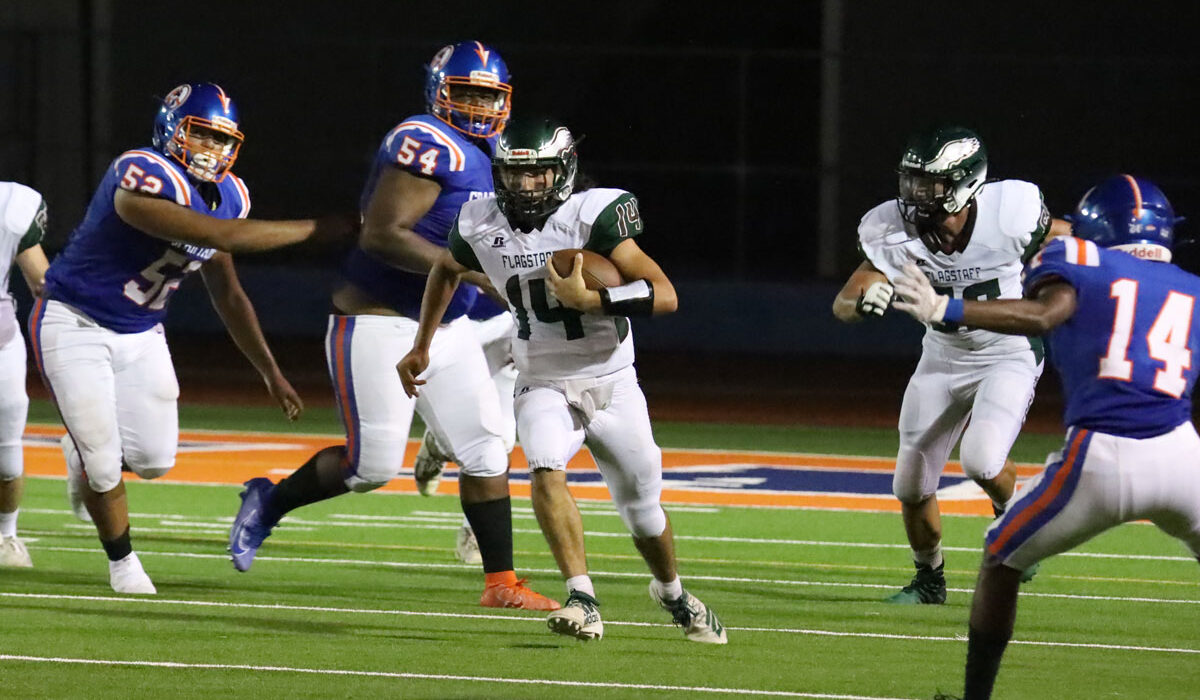 The Eagles were led by new head coach, Sean Manning, who has been part of the Eagles’ coaching staff for the past 13 years.

“To be in this position is exciting for me,” Manning said. “it’s very rewarding, so I want to make sure to make the best of it.”

The Eagles were first to put points on the board and with just more than a minute left in the first half, the team had a 12-0 lead. The Spartans then finished off the half with a touchdown and cut the deficit to five.

However, the Eagles came back more dominant in the second half and did not give up any more points to the Spartans. Another touchdown in the third quarter gave the Eagles an 11-point lead heading into the final quarter.

The Eagles were able to secure the win in the fourth with a touchdown and 2-point conversion leading them to take down the home team, 27-6.

Eagles quarterback Bodie Maier completed 11 of his 16 passes and ended the night with 171 passing yards. Morrow, who is committed to Cal, had 96 receiving yards.

Maier was named Varsity Sport Show’s Player of the Game.

“The line blocked great today, great receivers, we had some great catches, and it was a team effort for sure,” Maier said.

Last minute scheduling changes left both teams little time to prepare for the matchup. Eagles star defensive end and tight end Nick Morrow said their coaches told them about the game a day before while they were at a volleyball game.

“There was really no hesitation with any of the guys, it was just a straight yes. Everybody was excited to play and I think that helped with the preparation,” Morrow said. “It would’ve been nice to have a few more days of preparation, but we got the job done so I can’t complain.”

The Spartans played their first game on their new turf field, but what really made this game special and one to remember were the tributes paid to former Spartan football player, Exzayvious “Zae” West, who passed away this past summer. Every game this month coaches will be wearing green in honor of Suicide Prevention Month. The school’s student council also showed support for suicide prevention month and honored West by tying green balloons all across the home side’s bleachers.

“The love and support has been outrageous. It’s been phenomenal,” said Camelback’s head coach, Brandon McNutt.

Flagstaff will take the field again next week with their home opener against Washington High School. Camelback will travel to Prescott High School next Friday in hopes of finding their first win of the season.