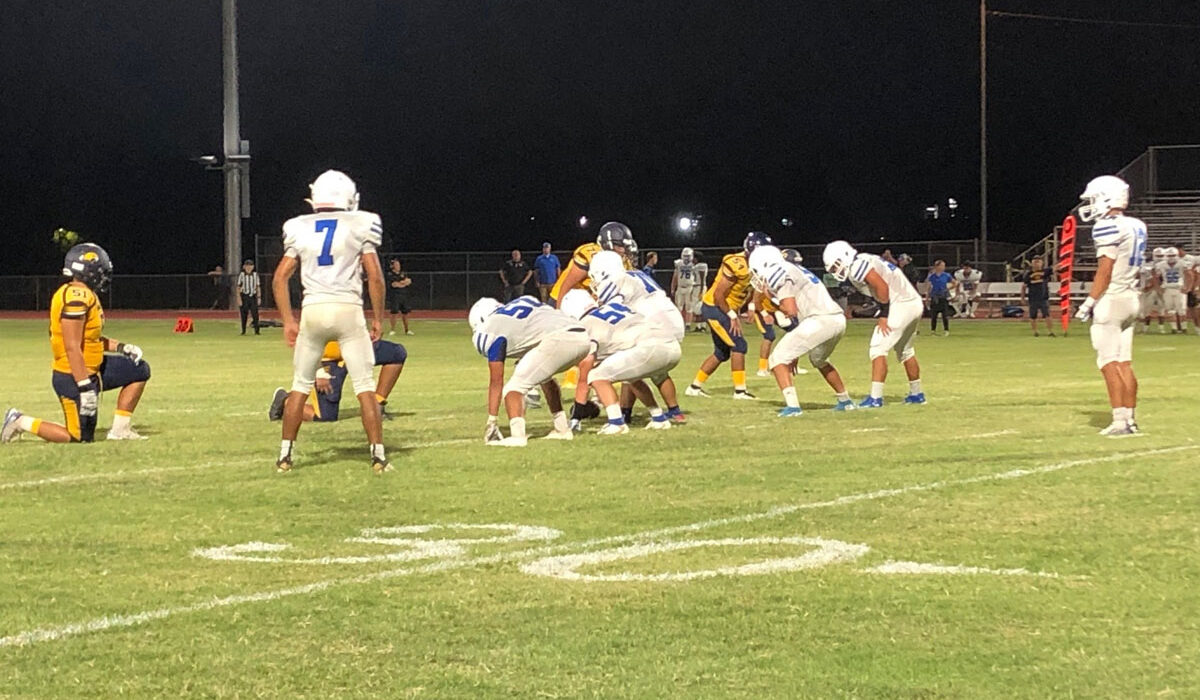 PHOENIX — The Bourgade Catholic Golden Eagles kick off their season with a 17-14 home win against the San Tan Foothills Sabercats Thursday.

The team was led by sophomore quarterback Jimmy Hill, who played in his first-ever high school football game.

Hill said he was happy with the work the team has put in preparation for this season.

“We have been working hard since April and we have trust in our guys and faith in our work and it paid off,” Hill said.

Hill finished the game completing 16 of his 24 passes for 224 yards and a touchdown.

Hill said he was glad he got through his first game and hopes to have a good season.

“First game jitters are out of the way and are under my belt now,” Hill said. “Only up from here and plan on going as far as we can.”

Head coach Marcel Lopez said it was very important for the team to start off 2021 with a win.

“Our schedule this year is absolutely brutal,” Lopez said. “This was important to win as we get into our schedule and the guys got it done.”
The Sabercats got on the scoreboard first with a 6-0 lead in the first quarter but the Golden Eagles scored 17 unanswered points, which included a 95 yard touchdown reception by junior tight end Max McDowell.

The Sabercats attempted a comeback with a touchdown by tight end Eli Fields to make it 17-14 with less than two minutes left in the game but the Golden Eagles recovered the onside kick to secure the win.

Junior wide receiver and safety Gabe Laborin, who had five receptions for 52 yards said the team responded well after the first Sabercats touchdown and did a good job to secure the win.

“We were hungry,” Laborin said. “After we were down in the first quarter, we were hungry and wanted to get that win and after the second half, we just needed to finish it out.”

The game saw a lot of penalties called in which Lopez said his team did a good job to secure the win in spite of it.

The Golden Eagles next game will be at home against the Yuma Catholic Shamrocks on September 3.